As title sponsor of the Metro Boston bike share program Bluebikes, Elevate client Blue Cross Blue Shield of Massachusetts launched 100 Blue Cross Proud bikes wrapped in a rainbow-themed design to celebrate Pride Month. And as a part of the program, Blue Cross is donating $1 for every ride taken on the rainbow bikes to Fenway Health, which works to enhance the well-being of the LGBTQ+ community through health care, education, research, and advocacy. Fenway Health was founded in 1971 with the belief that “healthcare is a right, not a privilege.” 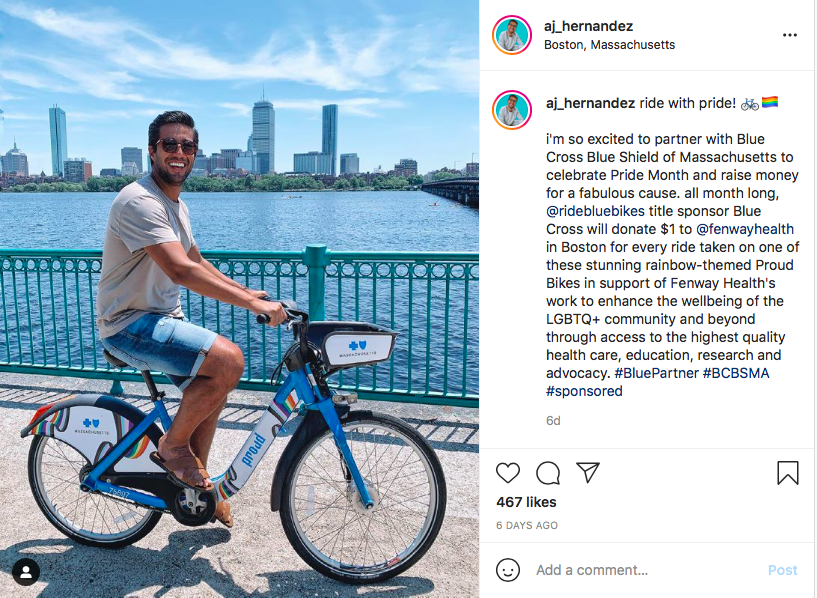 In addition to conducting a robust media relations around the Proud bike launch, Elevate created a social media influencer campaign with local Boston social media influencers. These individuals helped spread the word on Instagram, Twitter and Facebook to their audiences to ride in style with Blue Cross this June while supporting a good cause. Influencers that have highlighted the program so far include A.J. Hernandez, Vibe In Style, BostonTweet, The Boston Calendar, Erin Bailey and Arielle D’Angelo, with more to come throughout the month. 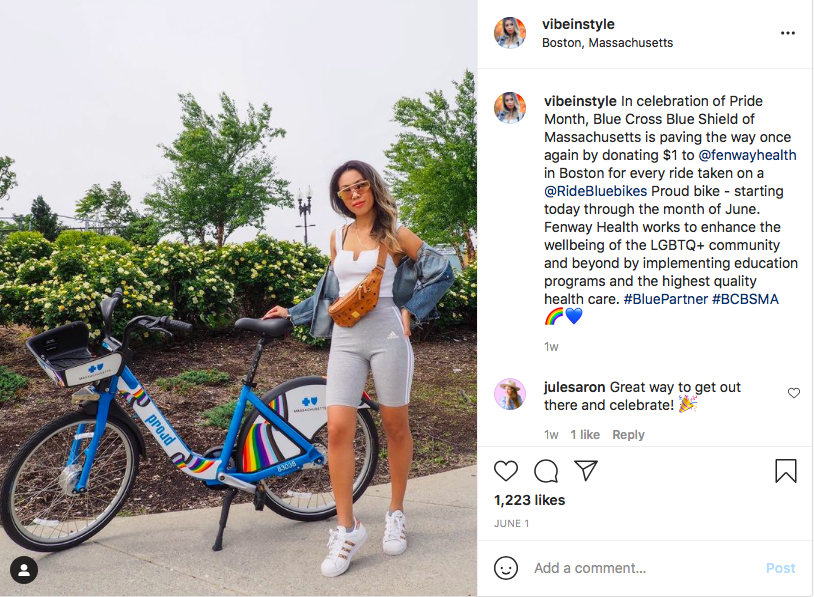 The Blue Cross Proud bikes can be found throughout the month of June in 10 municipalities including Arlington, Boston, Brookline, Cambridge, Chelsea, Everett, Newton, Revere, Somerville, and Watertown. Catch a ride while supporting a good cause today!