Headquartered in Boston with offices in Charlotte and Raleigh, N.C.; and Nashville Tenn., The Fallon Company is an award-winning, privately-owned commercial real estate development firm that creates large-scale, urban mixed-use neighborhoods. Since its founding in 1993, the company has developed more than $6 billion in real estate representing more than six million square feet in property across the eastern U.S. 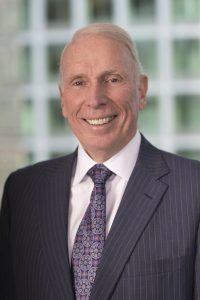 As chairman, Joe Fallon will play a pivotal role in the development and determination of The Fallon Company’s strategy and business objectives, and counsel the leadership team in alignment with his founding vision. He played a pioneering role in the creation of Boston’s Seaport District with four seminal projects that served as catalysts for the area’s redevelopment: Park Lane Seaport; the Marriott Renaissance Hotel; the Westin Boston Seaport District hotel; and Fan Pier, an award-winning, 21-acre mixed-use development that serves as the gateway between Boston’s Financial District and its vibrant waterfront.

As chief executive officer, Michael Fallon will be responsible for creating, communicating and implementing The Fallon Company’s vision, mission and strategic direction. He will also be charged with managing growth as the firm continues to expand its U.S. footprint, leading the executive team and managing its real estate investment portfolio.

“Having worked alongside both Michael and Brian for more than a decade, I’m confident their professionalism, integrity and collective shared values will ensure The Fallon Company is best positioned to continue enhancing communities and delivering exceptional value to our partners,” said Joe Fallon. “Michael has accomplished a great deal during his tenure as president and his ascension to the corner office is a testament to his achievements, ability and the tremendous impact he’s had on our organization. Brian has provided exceptional counsel to our team for years and the formidable experience and expertise he brings to his new role will accelerate our ability to deliver an even more transformational impact across our footprint.” 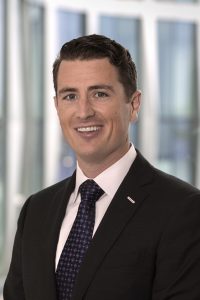 “Since founding the company in 1993, Joe has relentlessly pursued his vision to create developments that positively transform neighborhoods while establishing a corporate culture based on strong family values rooted in integrity, quality and trust, as well as a commitment to delivering exceptional value to all stakeholders,” said Michael Fallon. “I’m honored to carry on that tradition and look forward to leading our incredibly talented executive team as we build on that foundation of excellence.”

As president, Awe will play a pivotal role in creating and implementing the company’s mission and strategic direction. He will also lead the company’s business units and management team and assume responsibility for the company’s performance.

“From his extensive experience as a partner at one of the world’s most prestigious law firms, Brian brings a wealth of experience across all key facets of the real estate and development sector, and we’re thrilled to have him join us as a partner and our new president,” said Michael Fallon. “Brian will play a vital role as we enter the next phase of The Fallon Company’s evolution. He has an unparalleled ability to get the job done, and – between his acumen, intimate knowledge of our business, values and people, and the deep and enduring relationships he’s developed over his career – there is no one better suited to lead The Fallon Company.”

Prior to joining The Fallon Company, Awe was a partner at DLA Piper, a leading global law firm with offices in more than 40 countries. He served as external legal counsel to The Fallon Company for more than a decade and earned a reputation as one of the nation’s leading real estate attorneys. Serving as counsel to developers and investors, Awe has extensive experience across the full real estate spectrum, including developing and financing large-scale mixed-use real estate projects. Awe’s many honors include being selected to the Globe St. Real Estate Forum’s Fifty Under 40 list in 2020 and as a 2021 Law360 Real Estate Rising Star. He was elected partner at DLA Piper in 2018.

“Having worked directly with both Joe and Mike extensively for nearly a dozen years, I’ve had the opportunity to experience firsthand how their character, values and integrity inspire The Fallon Company team and guide the approach they take to delivering real value to communities,” said Awe. “I look forward to working alongside Mike, Joe and their accomplished team to continue the company’s tremendous momentum, while remaining true to the company’s founding vision.”